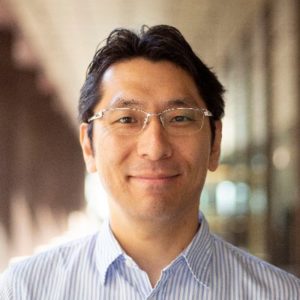 CEO of Nudge, a challenger bank in Japan.
Prior to found Nudge in 2020, he was CEO of SBI Ripple Asia, the joint venture between Japan’s FinTech giant SBI and Ripple, global leader of Distributed Financial Technology.
He lead VeriTrans Inc., a leading online payment solution provider in Japan as Co-founded and CEO.
He was known as one of the youngest CEOs among public companies both on JASDAQ and on Hong Kong Stock Exchange.
Used to serve on the Board at several unicorns such as Ripple(US) and Tokopedia(Indonesia).
Elected as one of “100 people to change Japan” at Nikkei Business in 2014. Also serving for Japanese Government as a committee member of some councils.