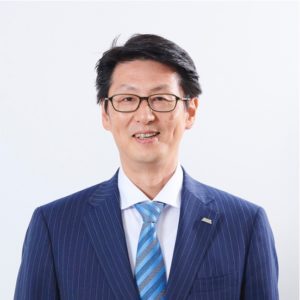 After graduating from the Department of Industrial Engineering at Musashi Institute of Technology (Currently known as Tokyo City University) in 1989, Hiroki Onozawa joined IBM Japan, Ltd. as a Systems Engineer.  He was engaged consulting and system integration for banks, solution providing, and bank merger projects.

In 2007, he was assigned to IBM Corporation (in the US) to participate in sales team for a global financial group and a financial solution planning section.

After returning, he worked in the service business unit for megabanks and regional banks.  In 2011, he appointed to executive vice president of a joint system operation company for regional banks.

In 2013, he appointed  director of IBM Japan, Ltd., and the vice president in 2017, where he was responsible for business development in the outsourcing business.

In 2019, he joined GMO Aozora net Bank, Ltd. as an executive officer in charge of Corporate Planning Group.